Who is PeaceMan?
PeaceMan is the new superhero of our time, whose mission is to establish World in Peace!
PeaceMan is the first superhero who fight for Peace and Friendship using exclusively Peaceful methods. Through cartoons and comics, PeaceMan declares the value of PEACE and the moral education. Lucky Lee acts as PeaceMan at various events and forums, gives interviews about PEACE, arranges promotions, handing out badges with PEACEReCreative symbols to passers-by. The LuckyStream YouTube channel, whose main ideologist and creator is Lucky Lee, publishes stories about the iconic PEACEReCreative events in Russia and the world, and PEACEcorrespondents not only cover these events, but also take part in PEACEReCreative events
PeaceMan
|

PeaceMan's VLOGs
PeaceMan is the alter ego of the famous showman, producer, businessman and public figure, unrivaled Lucky Lee. From these VLOGs, the viewer learns about the morality, ideology and values of PeaceMan, as well as options he offers to address the substantial political, social, media and other issues. "
Socially Satirical Planetary Useful Comic
The storylines of the comic book are built in the form of a satirical interpretation of real political and social events and real characters.
The heroes of the comic are:

Materials:
Appeal to the UN Secretary-General António Guterres.
All truth about the Russian media on the Day of the press and media Freedom.
Hello Dear Mr. António Guterres!

I would like to take this opportunity and introduce myself. My name is Lucky Lee. I am form Russia and I am the honorary Professor of the Kazan Institute of Culture for Peace (UNESCO), the PeaceReCreator and chief editor of the Russian PeaceReCreating media LuckyStream and Deputy chief editor of the newspaper "Russian Koreans".
I was very impressed and touched by your call to protect the free flow of information during a pandemic coronavirus. Especially that it has appeared shortly before the World Press Freedom Day. That's what inspired me to contact You.
Unfortunately, as a representative of the independent Russian media I am experiencing increasing restrictions, and they didn't started simultaneously with the pandemic, they are continuing for the last five years. All this time my initiatives to mention the theme of peace and friendship in the Russian media not supported at all, but on the contrary, blocked in every possible way. On this remarkable date – the world press freedom day – I appeal to You for support and I urge You to hear my voice!
In my community projects I steadily guided by the provisions of the UN Declaration on the education of societies for life in peace (The resolution 33/73 of the UN General Assembly at December 15th, 1978)
On December 19th, 2019 at the press conference of Russian President Vladimir Putin, I have voiced the need for the formation of the science of peace, friendship and reconciliation as the opposition to the science of wars. I've gave it the name - Mirosofia – philosophy of Peace. In fact, it is the way that shows all methods that will guide as to the peace throughout the world. Sadly all my initiatives are systematically ignored by state-owned Russian media.

First and foremost, I am talking about the international information Agency "Russia Today", headed by Margarita Simonyan that is openly boycotting me and would not publish materials on the peacefulness and friendliness of Russians on their resources, as well as ignoring information about my peacekeeping initiatives. This fact suggests that the leading media managers of the country are not going to fallow the postulates that recorded in the UN Declaration at December 15th, 1978. They would rather openly oppose the formation on a culture of peace, the need for which was proclaimed by great scientist and humanist Nicholas Roerich.
In my humble opinion it is happening because generation Y that currently at the helm of most media resources, and they forgot how terrible the consequences of war might be and doesn't see anything important in the issues of peaceful and friendly relations. They have not studied the principles of humanism at school and University and did not read the Declaration. In their activities they are guided by banal greed and the one-sided propaganda in the age of post-capitalism, when independent media is in fact no longer exists, because each of them defends the position of their clients, owners, or sponsors. As we say in such case in Russia: "he who pays the Piper calls the tune".
The reporters have nowhere to go. For them, as for us, work and wages for their work – the only way to provide for the family. They are forced to work for the customer. The current pandemic has shown to all mankind that each higher value has its material background so we get the money for food, accommodation and the provision of basic needs. This conclusion is confirmed by Pope Francis, who called to remember the plight of the disadvantaged in the big cities. But in the pursuit of money people forgot about the main greatest value and it is the value of peace! For example, RT and news Agency "Russia today" received in 2019 440 million dollars from the Federal budget. But it is the money of ordinary taxpayers who do not share the editorial policy of media giant! However, Margarita Simonyan was lying, that her resources are not pushing state propaganda, but at the same time they are boycotting coverage of the theme of peaceful relations and friendship among countries and peoples, of different nationalities and mentalities! (As an historical example the situation with Martin Luther King in the United States and Boris Nemtsov in Russia)
Therefore, on the Press Freedom Day I want to reveal the truth about the situation with freedom of speech in Russia, and also to tell about the inaction of your colleagues from the UN, which ignores the theme of peace. The situation riches the point when we have nothing to lose, and we are not afraid to express the truth at the highest level, even if it will lead us to the grave!
Let's start with MS Simonyan. I have repeatedly accused Margarita Simonyan in her info-crimes, comparing her tactics to the policies pursued by the media of Nazi Germany, where more than 85 years ago, books were burned, so any information on inequality and tolerance would be destroyed. She is the true INFO-Hitler of our time! Like Hitler, she devalues and destroys the value of peace and friendship and it leads to poor mass education of the Russian nation in the absence of a moral code that would be approved and adopted by popular vote. This ideology brings the irreparable consequences for society. We have to remind ourselves while it is not too late, what Hitler did to the German youth with a formation of Hitler Youth organization when kids were brainwashed by Nazi propaganda and sincerely believed in own innocence while turning into beasts that destroy all lives around.
Mr. Guterres, I am writing to You with an urgency and ask You to support me at the highest international level and to protect the world from the discrimination of the Russian and foreign media! Recently you've said, "And we call on governments to protect workers, the media, and to strengthen and support freedom of the press, which is essential for the future of peace, justice and human rights for all". I strongly support your sincere message! We need to re-think the UN Declaration at December 15th, 1978. The freedom and independence of the media is needed in order to promote the main and only universal value of all mankind – PEACE! And I don't understand why the Russian division of the UN refuses to communicate with me on this issue, thereby directly sabotaging the implementation of its main mission. Please give your assessment of current situation – assessment of the Secretary-General of the UN!
On the Press Freedom Day, the day of independence, we reveal the truth about our journalistic investigation, conducted over five years by LuckyStream in conjunction with the publication of the "Russian Koreans". We have figured out why the peace is not mentioned in the Russian media.
In fact, we were able to prove that there is a conspiracy against the peace. This is confirmed by a meeting with the eighth UN Secretary-General Ban Ki-moon which was organized by trustees and occurred at the end of 2019 in Seoul, South Korea. I passed to the Secretary – General very important materials. But till today it has not reached You, as planned! Moreover, over time he stopped to reply and keeps avoiding my request for another meetings.


As results of my personal struggle for peace, for true independence of the media I was arrested by the Russian authorities in the Crimea at the youth creative festival "Tavrida-ART" that was organized by the state under the slogan "the World. Love. Art". I was jailed for 10 days for my beliefs.


The paradox of the situation is that for any person in Russia, PEACE is the soul value because God is the Creator of World/Peace gave us the great Russian language, which combines two worlds, the Word-In-Peace! We - Russian people want peace with all our souls, and each of us intuitively supports it. As the spokesman for peace I have received numerous awards from non-government organizations, including the scientific community. In contrast, none of the state news channels has ever consider to mark my efforts for peace, and I see it as a further evidence confirming the existing conspiracy of silence in the Russian media. Unfortunately, the major media is not paying us attention. The theme of peace, peacefulness and friendliness are banned and severely boycotted.
We, as independent media, have passed the results of our investigative journalism to the UN Information Centre headed by Vladimir Kuznetsov, revealing the existing conspiracy of silence at the national media, but the UN Information center has returned our materials without any reaction.
Mr. Guterres! Once again I urge you to give your own assessment of this situation and thereby help me continue to fight for the freedom and independence of the media in my country, forming a culture of peace for the Russian people as a peaceful and friendly nation. Together we can break the wrong image of my country as it's portrayed to the masses by the Russian media! I ask you for the communication so that I will be able to send you more detailed materials and combine our efforts for the restoration of Peace in the World! As a Christian I see this as the destiny of all people. Our Lord created this World for peace! I urge you to consider Pease/World not as a political term but the socio-cultural and universal term in accordance with the UN Declaration on the preparation of societies for life in peace. 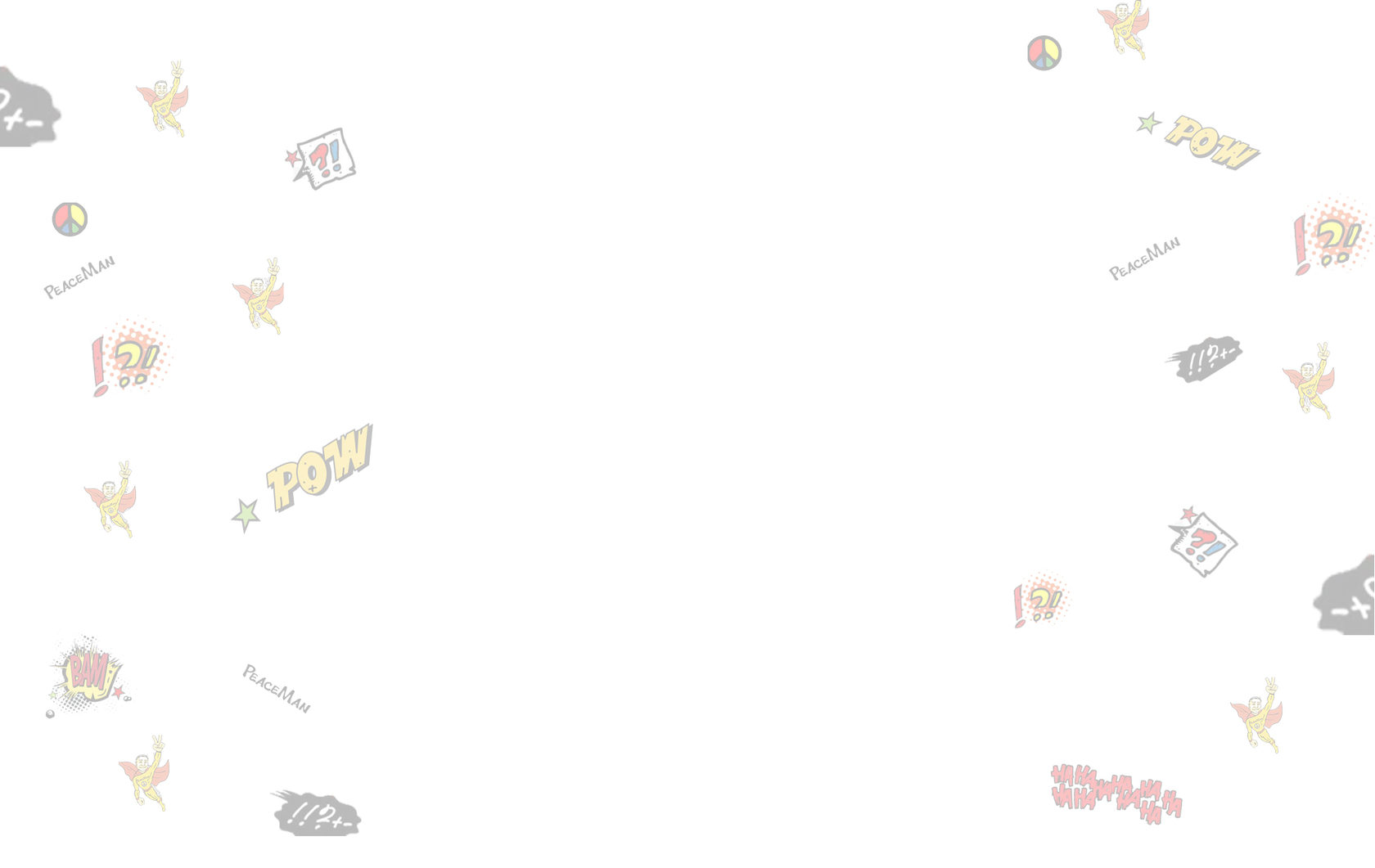